by John A. Darr, AssociateProfessor of Theology

John Darr is an Associate Professor in the Theology Department at Boston College. Darr received his Ph.D.from Vanderbilt University and joined the theology faculty in 1988. He is a United Methodist, and his research interests include the Gospel of Luke and the Acts of the Apostles, literary criticism and theory, Biblical characters and characterization, and Synoptic relations.

Most people in our society are familiar with basic aspects of creation as described in Genesis 1-3: God creates the world in six days and rests on the seventh; Adam is placed in Eden; Eve is formed from Adam’s rib; the first couple is tempted to eat of the forbidden fruit; and so forth. Few are aware, however, that there are actually two distinct creation accounts in these three chapters, the first in Genesis 1:1-2:4a (referred to by biblical scholars as the Priestly [P] account), and the second in 2:4b-3:24 (called the Yahwist [J] account). When students in my classes are made aware of this distinction and are asked to read each account carefully and then compare them, they quickly come up with a long list of differences, some of which are not easily reconciled. The order of creation is not the same (Did God start or end with the creation of humans?), nor is the means of creation (Were living beings generated by divine word alone, or by an anthropomorphic God fashioning them from soil and breathing into them the breath of life?). In P the human genders are created at the same time, while in J the female is created after the male .God is called Elohim in the first account, but Yahweh Elohim in the second. Upon encountering such differences for the first time, some students are naturally concerned. “Just tell me what is true,” a student once blurted out in class, “and then I’ll ignore the rest.” By “what is true” the student meant what is empirically verifiable and in accord with recent scientific discoveries about the beginnings of the universe and the evolution of life.

I propose that we find deep meaning in the biblical creation stories of Genesis 1-3 not by attempting to make them compatible with modern science, nor by trying to smooth out the narrative logic between them, nor by homogenizing their distinctive ideas about God, human beings, and nature.Rather, we need to understand and appreciate these stories both in terms of their uniqueness and in terms of their striking juxtaposition in the scriptures. When we focus on anthropology, for example, we discover that the creation accounts each express a distinctive understanding of what it means to be a person, with P emphasizing human exceptionalness and even transcendence,and J stressing our limitedness and earthly origins. P is anthropology from above, J is anthropology from below, and each has its insights. But the tensions between these two anthropologies, the paradox of human existence sparked by their juxtaposition in the text, the “in-betweeness” of human experience, also resonate with us and, indeed, echo throughout scripture, including in the gospel teachings of Jesus.

The P creation account is a majestic liturgical poem that traces the progression of creation through a seven-day period. Here Elohim brings order out of chaos, first establishing various environments (sky, sea, land) and then placing within each arena the living beings appropriate to it (birds,fish, animals and humans). On the seventh day God rests. Creation is thus the divine calling into existence and ordering of space, time, and beings, and God pronounces it “all good.” This is the priestly world view in a nutshell: a place (and time) for everything, and everything in its place. Human beings (male and female) are created to occupy (and share) the land and its vegetation along with the other land creatures, but humans are singled out as being created in the image and likeness of God, and are ordered to subdue the earth and to dominate all other living creatures. What “the likeness of God” means in this case is too broad a subject for this short essay, but we can say at a minimum that, since the God of this account is the one who orders chaos, humans are specially empowered to and responsible for maintaining that divine order.This “high” anthropology is even more clearly expressed in Psalm 8 where we read that humans were made just “a little less than God,” and “crowned with glory and honor,” and having “dominion over” all living things (see verses4-8).

The J creation account reads like etiological folk-lore designed to explain aspects of the everyday lives of farmers in the harsh conditions of Palestine. In this story Yahweh forms a human male from “the dust of the ground” and places him in a garden. Yahweh refers to the man as “adam,” which is a pun on his origin in the soil (“adamah”). When the man and his mate disobey God, they are forced to go out and till the soil; and, when they die,they will return to the soil. Here very specific limits are put on humans, and,when they transgress those limits and try to become like God, they are severely punished. Humans are charged not with dominating creation, but with tilling and “keeping” (or guarding) the earth; and, in turn, the earth is to support the people in a system of mutual dependence. Job 38-41 would seem to buttress this“low” anthropology (in contradistinction to Psalm 8) by having God list all of the creatures over which Job in fact has no control.

In Luke 12:22-31, Jesus draws on both of these biblical anthropologies when he tells his disciples not to be anxious. Why should they be anxious about their basic needs when God feeds birds and clothes the flowers of the field? Are not persons more precious to God than these creatures? On the other hand, humans need to acknowledge their limitations and not try to control what they cannot, such as their length of life or their stature. Anxiety, it would seem, is a product of not acknowledging and balancing both the specialness and limitedness of human existence. 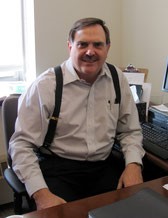 When – And Why – You Need A High-End Workstation Computer