At 2 p.m. on August 6, CPL Anthony “Tony” Jarocki, was one of 17 veterans receiving an honor stone at the Highground Veterans Memorial Park in Neillsville. Tony served in the Army from 1953 to 1956, his hometown was Withee. This honor was originally planned for last April but Tony was not well enough to attend and soon after passed away.

Nearly 30 friends and family traveled from Illinois, Marshfield, Appleton, Hudson, Owen and Withee area to surround his wife Darleen with love and support and to honor his memory.

Kinzley Graham, great-granddaughter to Darleen and Tony, along with her little sisters rang the Liberty Bell signaling the start of the ceremony. Board of Directors Chair Gary Weirauch welcomed all to the Honor Stone Ceremony. The Oregon-Brooklyn VFW Post 10272 presented the colors, pledge of allegiance was recited, National Anthem sung, invocation given, mixing of the earth ceremony was performed prior to the placing the honor stones.

When Tony’s name was called Board of Directors Chair Weirauch spoke with the family before sending them on to place the polished black granite stone.

“I would like to thank you all for coming down here today, doing this in Tony’s memory because this will not be forgotten. He is here among 8,000 other Veterans who have stones laid here today or previously. He is part of a fellowship here,” Weiruach said. He then asked Darleen about Tony’s service in the Army.

“He had basic training at Fort Gordon Georgia then he went into schooling. He had an injury during basic so when they were sending guys to Korea he was in the hospital and was left behind. He then became a teacher in communications. He was there the whole time and I was there with him, we got married there in Augusta,” Darleen answered. The couple would have been married 69 years this August 8.

Tony’s stone was laid in Korean War monument. Weirauch said nearly 1,000 people attended the dedication of this monument held in 2007. Darleen added that Tony was part of this committee and he served for 25 years on the High Ground committee.

The ceremony concluded with a salute to all Veterans present and fallen and the taps played by Justin Klute. Darleen received many hugs and well-wishes from her circle of friends and family on this day to honor her Tony. 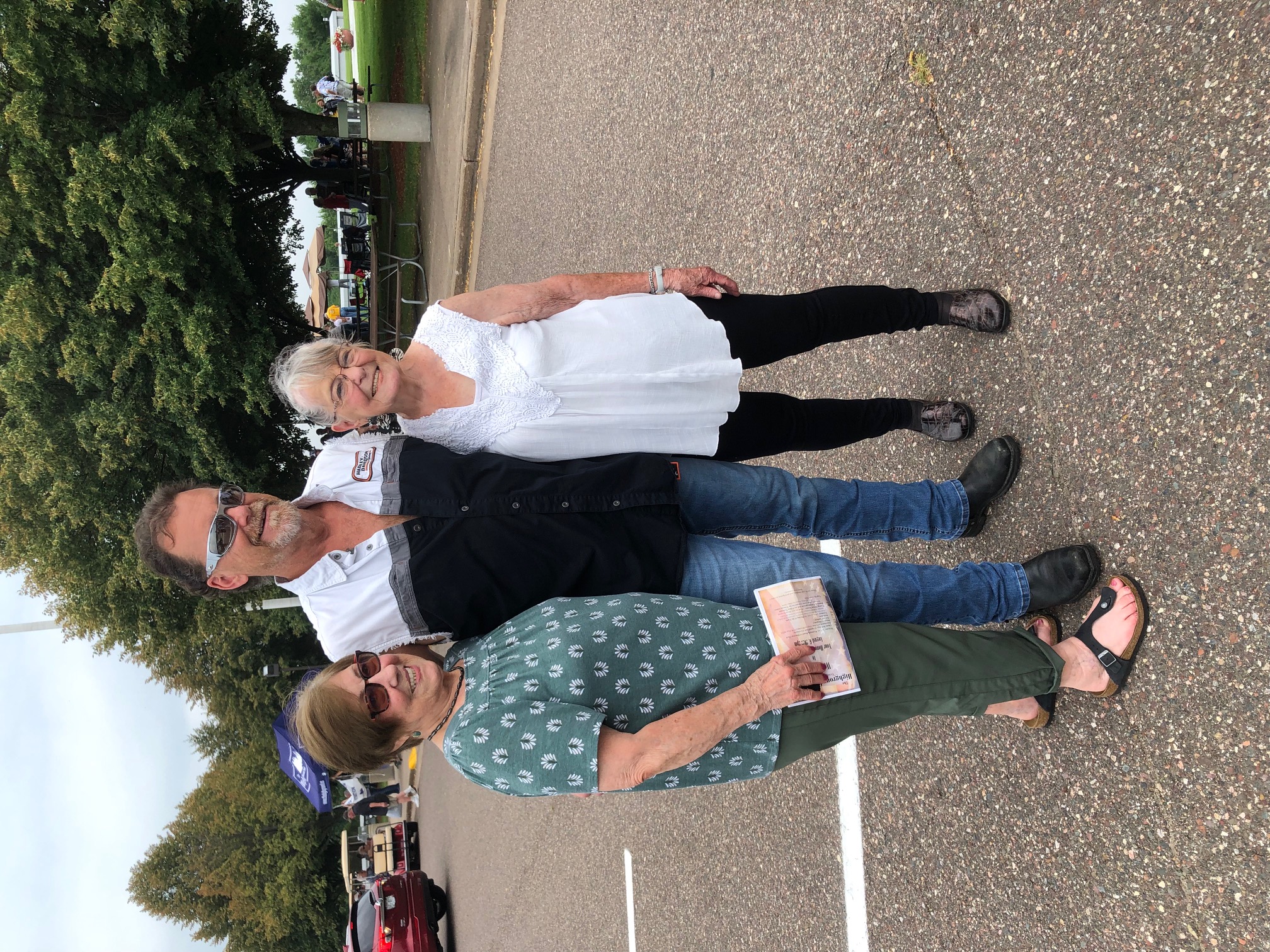 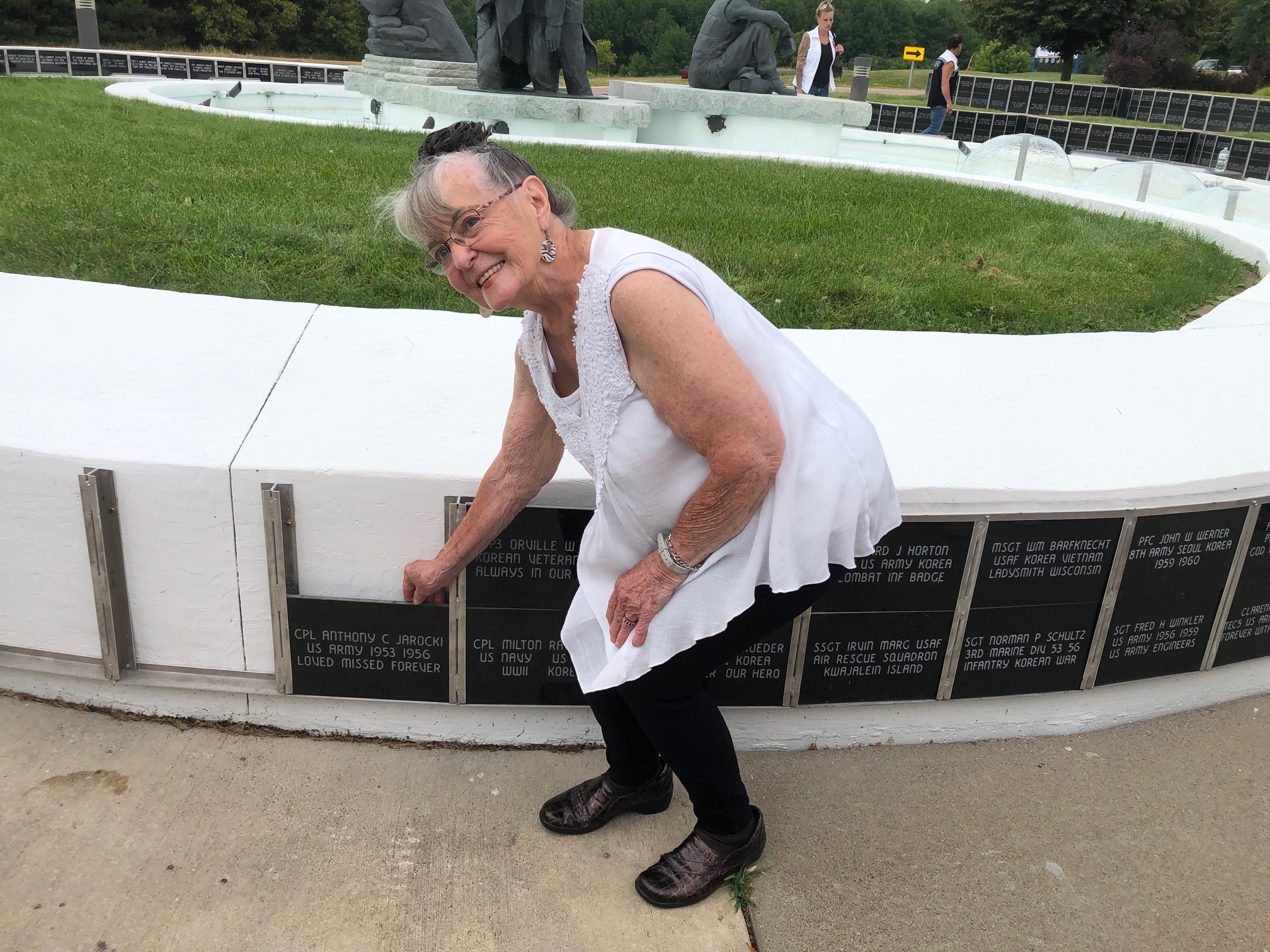 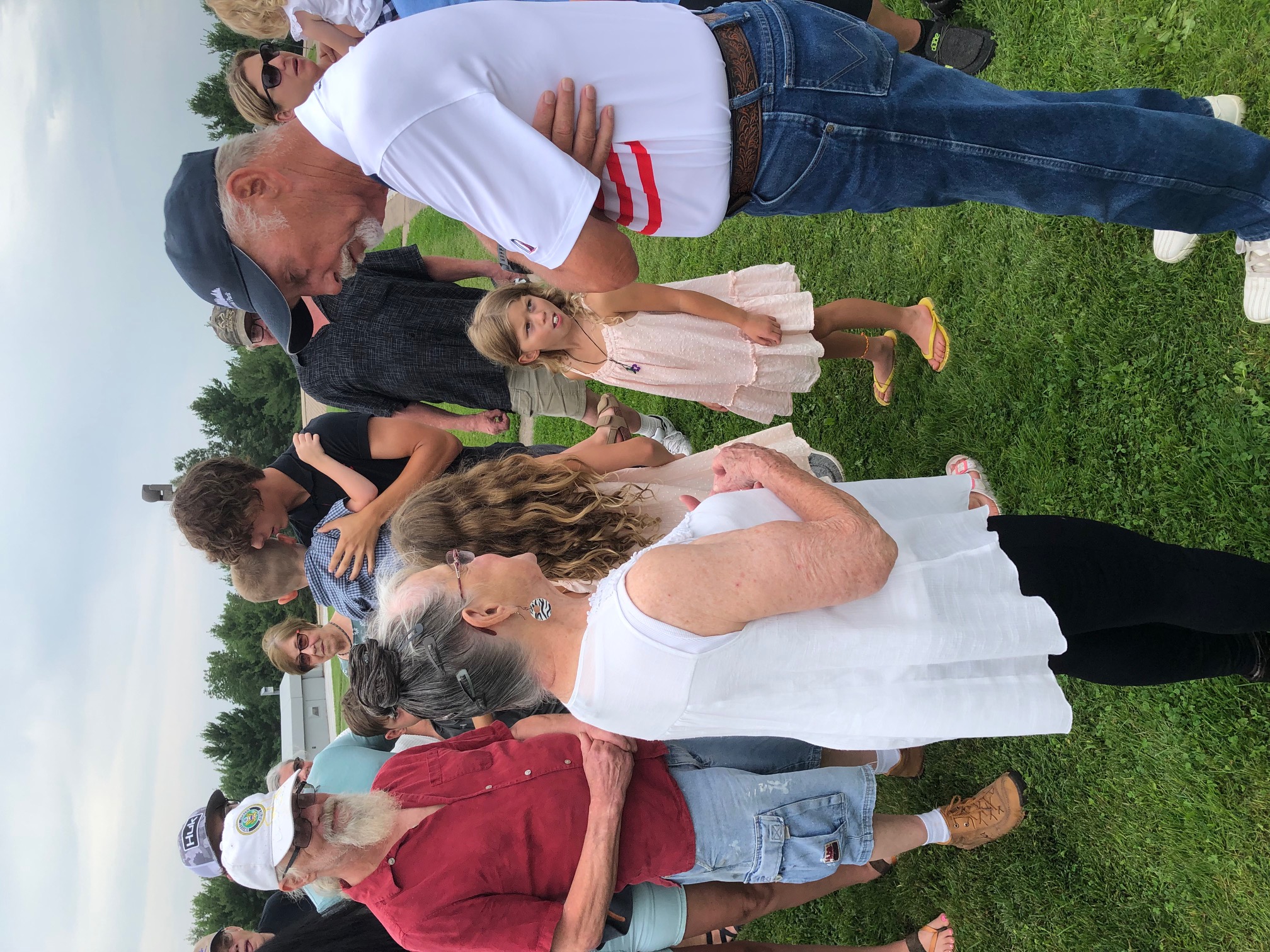 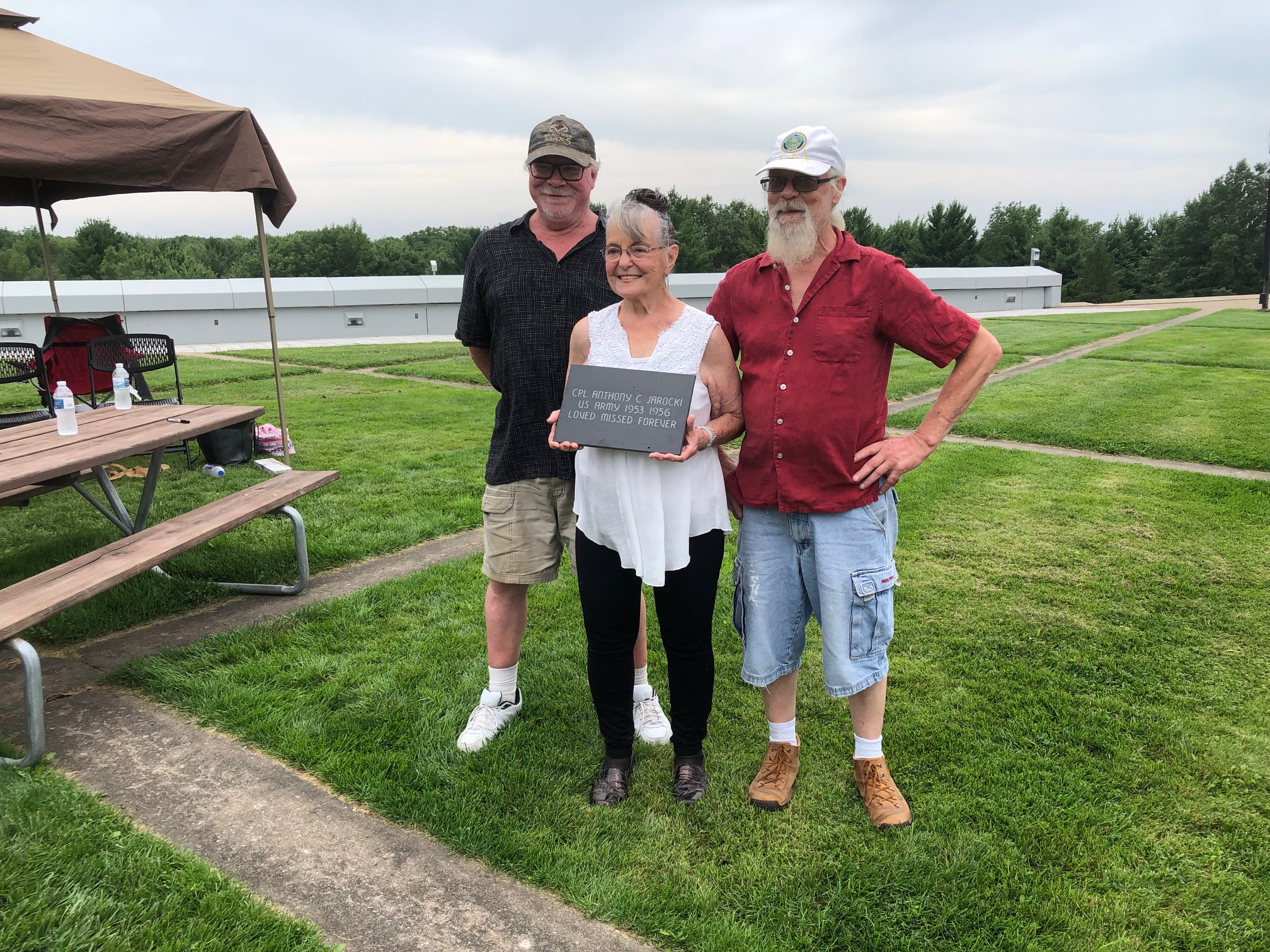 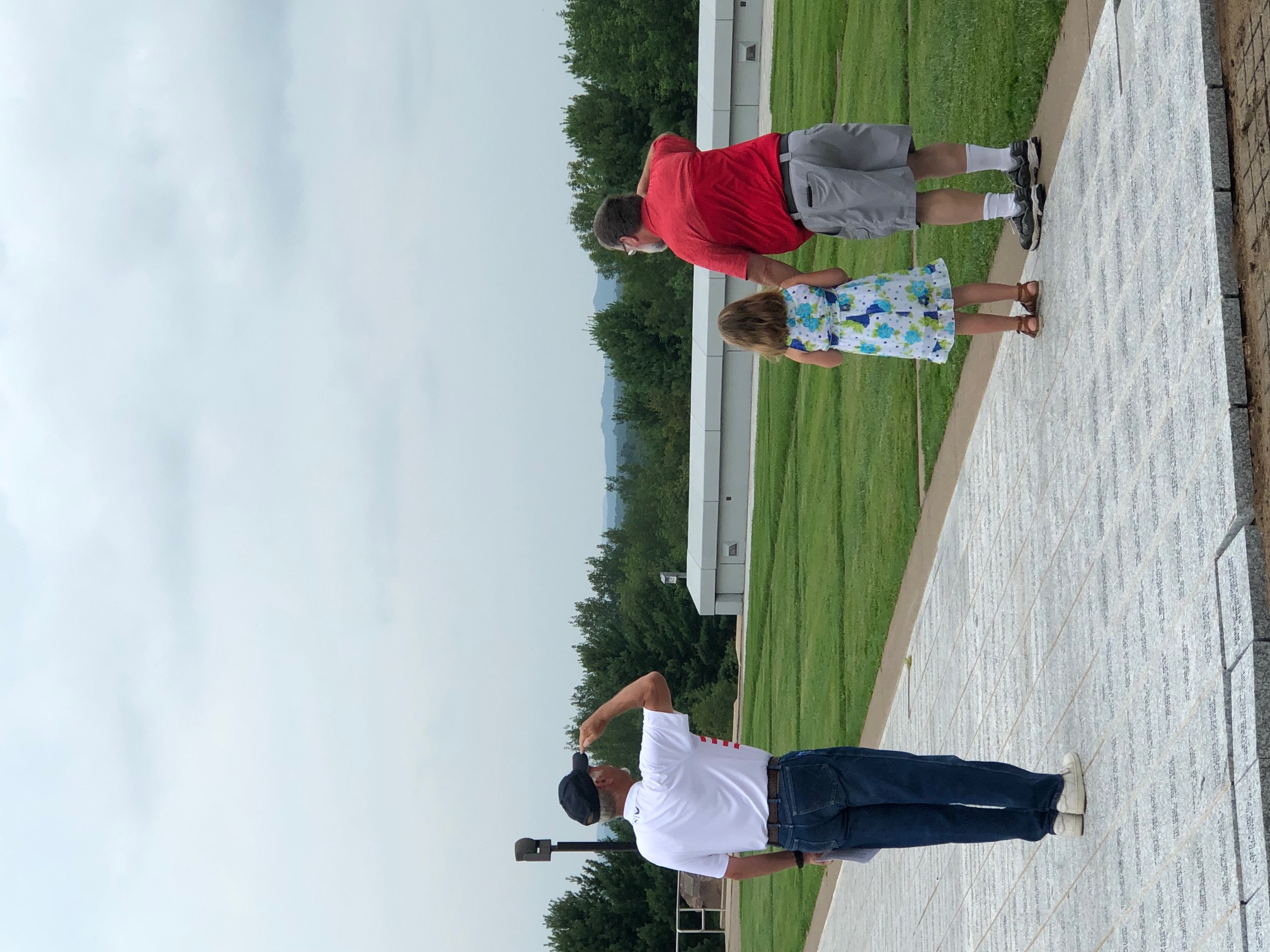 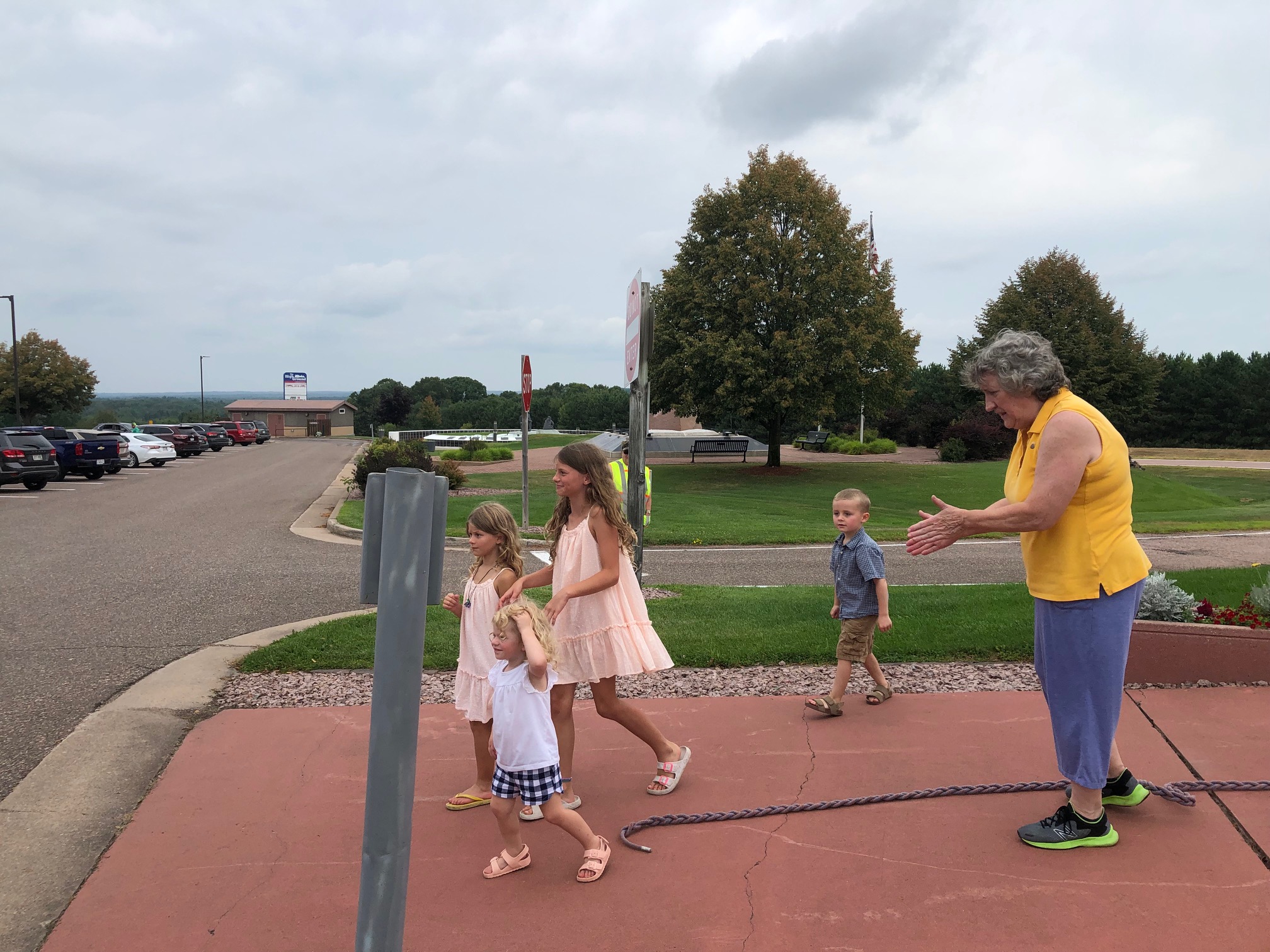 This article was orginally reported by
Nicole Rogers

Nicole Rogers, lives in Owen, WI, and is the co-editor for the Sentinel & Rural News.

The Highground Raised Over $800,000 for Capital Campaign