Jazz Reviews - "Heard and Seen" by LP and the Vinyl

Jazz Reviews - "Heard and Seen" by LP and the Vinyl

I’ve been a fan of Danny Green for quite some time now. His trio’s Altered Narratives was on my Favorites of 2016 list and 2018’s One Day It Will ranks as one of my all-time favorites. In the review of One Day It Will, I wrote, “And just when I thought Danny Green’s Trio had outdone themselves with 2015’s Altered Narratives, they release One Day It Will, their third album on OA2 Records. It is the very same brilliant trio of Danny Green on piano, Justin Grinnell on bass, and Julien Cantelm on drums. In fact, they have been together since 2010.”

On One Day It Will, Danny & Company added a string quartet from the San Diego Symphony. The latest project brings a return of that great trio with the remarkable addition of Leonard Patton on vocals. That assembly is called LP and the Vinyl and their album is Heard and Seen (OA2 Records OA2 22180).

The Premise of the Album

Good God, ya’ll. I can’t get enough of this album.

Here’s the premise. Danny and the fellas have arranged and rearranged a collection of songs from Jazz, Pop, Rock, and two originals that have that inimitable instrumental stamp but also Leonard Patton’s heart-felt and charming vocals.

In other words, this band has expanded their musical scope yet again.

The album opens with Danny’s solo piano to start The Lonely Band, an original by Danny and Leonard, before Justin and Julien hop aboard with bouncy rhythms before Leonard joins. Once again, I was hooked from the start.

After almost 10 years together, the syzygy of the core trio is unmistakable and irresistible. Julien Cantelm’s drumming is so tonal and it is wrapped beautifully with Danny’s piano. Justin Grinnell’s supportive bass lines pop opposite Julien’s rimshots and he gets off a cool solo in the mix.

During my first listen of each album, I try not to look at track-lists. I like to be surprised. So, imagine my surprise when the second song starts off with a brief but warm washing of tone colors before hearing Leonard begin singing the lines,

If you’re a David Bowie fan—and I am—you know that it is Life on Mars, maybe my favorite of all the Bowie songs. But Bowie’s voice was younger in those days and his Spiders from Mars band was more pop/rock. So, to hear the trio’s Jazz treatment with Leonard’s soulful lyricism is intoxicating. I mean, these guys sell it—one and all.

Danny is one of my favorite pianists ever. His melodic touch is exquisite. His work on Life on Mars sent shivers down my spine. I mean that in a good way. Put the two Js and Leonard’s intonations with him and it is something wonderful.

The next track was equally surprising with the Beatles’ song Fool on the Hill. The McCartney-crafted melody yields beautifully to Danny’s Jazz arrangement. The trio takes ownership of the bridge section and offers something extraordinary to Beatles fans and Jazz fans alike (not that those are mutually exclusive groups). This song alone was worth the price of admission.

My One and Only Love (Guy Wood and Robert Mellin) is one of the most wonderful songs among Jazz standards. It has been recorded by everyone from John Coltrane and Johnny Hartmann to Ella Fitzgerald to Doris Day to Yo-Yo Ma to Bob Dylan. Still, with all those interpretations, LP and the Vinyl brings something new to the party. Leonard proves himself equally at home in every genre. Mostly because he makes each piece his own without trying to constrain himself to a certain stylistic delivery.

Leonard Patton brings his arrangement of Oasis’ Wonderwall to the group. While not that much of a fan of the original Oasis recording, Danny’s piano work and Leonard’s scat vocalizations with the hot work of Justin and Julien can convert the most skeptical listener.

The surprises don’t stop there. LP and the Vinyl follow up that with the old Tears for Fears chestnut, Everybody Wants to Rule the World. The Jazz approach to this 1985 Pop chart-topper far, far exceeds the reach and range of the original.

It also makes clear that this trio could make me change Gods, if he tried. Songs that held no allure for me in their original incarnations (sticking with theological language), have brought me into the fold thanks to these four artists.

Stevie Wonder’s I Can’t Help It gets the Danny Green arrangement and suffers no violence at all. Stevie is more Jazz than the Pop world would like to admit and Danny, Justin and Julien prove it. I went wild for Danny’s piano solo and the tightness of instruments and vocals was brilliant.

The second original was Danny’s Night Waltz, co-written with Stephen Papaleo. The Jazz nocturne may be my favorite track on the album. The lyrics are lovely and the melody s infectious. I was hooked from the first notes of the solo piano. The interlocking rhythms were intriguing as Leonard poured on the emotion.

One Hundred Ways was first heard on Quincy Jones’ 1981 album, The Dude, and featured James Ingram on vocals. Danny turns in sweet keys on this one and Justin and Julian deserve their own special listen in the coolest solos of the album. And, seriously, I love James Ingram but Leonard makes you say, “James who?” This was tight and smoking hot. The sweet outro was wonderful.

And these guys know how to close out an album. They always have. Romberg and Hammerstein’s Softly, As in a Morning Sunrise is the song that concludes the album. I have loved this song in almost every version of it from Frank Sinatra to John Coltrane to Hiromi Uehara and the 40 or so other recordings. But Danny has shaped this standard with phrases that sound like Scheherazade meets Oscar Peterson. Then Leonard turns on the scat and Justin and Julian work their particular magic to fashion what is seriously the most fascinating rendition since it first appeared in the 1928 operetta New Moon.

But that is what this trio does every time. They take songs to places unimagined by the original composers but still honoring the tradition and spirit of the works.

One amazing and critical thing to remember is that this album was recorded over a two-day period. From tight arrangements to free-wheeling improvisations, this telepathic trio evolves into an equally intercommunicating quartet with Leonard Patton.

If there is a group worthy of special attention and reintroduction in Jazz, it is LP and the Vinyl—Danny Green, Justin Grinnell, Julien Cantell, and Leonard Patton. Excuse me while I hit Play Again. 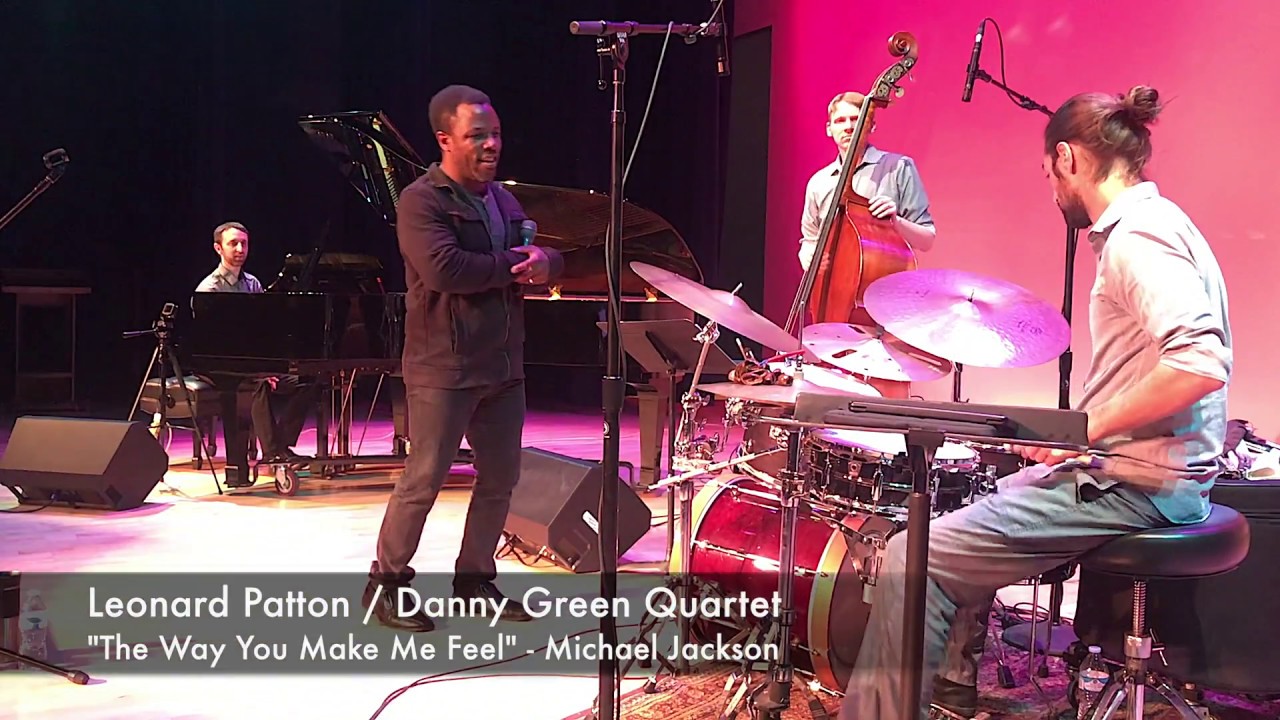 Afro Yaqui Music Collective – Maroon Futures
The message of radical freedom and universal acceptance is long past due. long p
Steve Hunt – Connections
The present album is called Connections and is fitting
Frank in France April 6, 2021
Enjoying time at Oleron Island, off the west coast of France.
Clark County Spring into the Arts Tour
Clark County Spring into the Arts Tour coming in April.
Michael Whalen – Future Shock
Michael Whalen is it composer that you should have known by now.
Ahmed Warshanna – Ishta
Ahmed Warshanna splashes onto the scene like a thunderbolt with his debut album Ishta.
April 11, 2020

A Bit o' This and That