The Passing of Don Shula

The Passing of Don Shula

On Monday morning, May 4, I woke up to the news that legendary NFL Hall of Fame coach Don Shula had passed. The Miami Dolphins confirmed in a statement, "Don Shula was the patriarch of the Miami Dolphins for 50 years. He brought the winning edge to our franchise and put the Dolphins and the city of Miami in the national sports scene.”

As of Monday night, no details about his death were provided. It was said that died peacefully. He had suffered a few scares like the 2011 blood clot that had moved through his heart and lungs. In 2016, he had been hospitalized for fluid retention.

Still, he got around. He made it to the White House for the honoring of the perfect-season 1972 team. He went to see his son Mike coach the Carolina Panthers in Super Bowl 50. He was still a presence everywhere he went.

Growing Up in Florida

When I was a kid, Florida (where I grew up) didn’t have a football team. The Dolphins didn’t come around until 1966. So, my first favorite team was the Green Bay Packers. Everybody loved the Packers. Who doesn’t love a winner? Especially in the 1960s.

When the Dolphins did arrive, it was one long, slow, agonizing ride to any kind of winning. That is, until they hired Don Shula as head coach. Then things turned around.

Shula had played in the NFL for seven seasons with the Cleveland Browns, Baltimore Colts, and Washington Redskins before moving on to coaching. He served as the Colts' head coach for seven years and led the team to an NFL championship victory in 1968, only to get dropped by Joe Namath and the New York Jets in Super Bowl III. He took over in Miami in 1970 and stayed with the Dolphins for 26 seasons.

I remember him pacing the sidelines with his arms folded across his chest with that lantern jaw set firmly in place. You know, he once broke that famous jaw in a game when he played for Baltimore. He didn’t even know that he had broken it until he went to dinner that night and realized that he couldn’t chew his beef.

I love guys like that. In the 1979 Super Bowl, LA Rams defensive end Jack Youngblood broke his leg and didn’t tell anybody until the game was over. Or Muhammad Ali getting his jaw broken by Ken Norton and continuing the fight until the end.

Coach Shula was just that demanding on his players, too, once demanding the Dolphins practice in the Florida hear four times per day without water. He got the best out of them and made them the best. Twice, at least.

But then there was that incredible 1972 Dolphins team: Griese, Morris, Csonka, Warfield, Kiick, Jake Scott, Buoniconti, and all the rest. What so many forget is that QB Bob Griese was sidelined with an injury for most of that season and the captain’s duties were handed to aging Earl Morrall. Now that was the guy who saved the 1972 perfect season. And Shula never let anybody forget it.

That year, the Dolphins went 17-0 and ended with a defensive battle to a 14-7 win over Washington. The only perfect season in NFL history.

Shula was the winningest coach in NFL history, too. He compiled a 328-156 win-loss record. He retired in 1996 and the next year was inducted into the Pro Football Hall of Fame.

Even in his darkening years, Shula was as calm and peaceful as one could hope. He lived in Indian Creek overlooking Biscayne Bay in Miami. He had all kinds of personal trophies like replicas of his two Super Bowl trophies, photographs with Presidents Nixon, Ford, Clinton; 32 seasons’ worth of game plans neatly filed away in cabinets with the game plans from the 1972 season, the perfect one, kept in a safe.

“He’s happy, he’s fulfilled, he’s done the things he wants to do and he’s enjoying every minute of his life,” his wife, Mary Anne, said during a Sports Illustrated visit to their home in 2013. “He is a very spiritual man, and he’s at peace with the world.”

I still have that magazine.

He talked about finding different ways to win: “That’s what I think coaching is all about, is analyzing the talent that you have to work with and then putting them in a position where they get the most out of their talent. And a great example is Bob Griese and Dan Marino. Griese was a field general, a thinking man’s QB, and if we threw it 8 or 10 times in a game, that was a lot for Griese. He’d hand the ball off to Larry Csonka or Mercury Morris or Jim Kiick and then he’d throw to [Paul] Warfield, play-action to Warfield. Then when we got Marino, we handed it off occasionally, but he wanted to throw it on every down. When I talk about Marino, I in my mind talk about him being the best pure passer that’s ever played the game.”

Richard Neville, Duke of Warwick, was reported to have said, “Better to be a king-maker than to be a king.” I think Coach Shula would say that about great players. 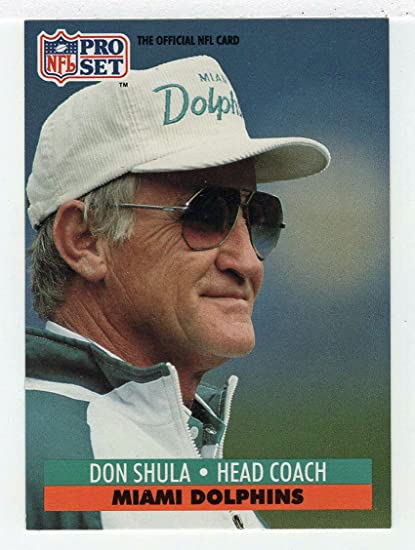 COVID Vaccines and the Churches
Church-goer responses to the vaccines have been remarkable. And varied. Some laughable.
Moment with the Owen Mayor
Owen Mayor condemns negative citizens, out to destroy others.
More Support of Tim Swiggum
Local business man offers praise for Owen CDC Swiggum.
In Support of Tim Swiggum
Letter in support of Owen CDC and against negative tactics.
We Are Better Than This
Encouraging American to reunite.
Concerning Ivermectin
You are not a horse! You are not a cow!
September 30, 2020