Last Saturday, September 12, 2020, the Thorp Area Chamber of Commerce pushed through rain and more to pull off their annual car show on N. Washington Street in Thorp.

Originally scheduled to be a dual event over two days, unforeseen circumstances threatened to unravel the yearly festivities. The Thorp Chamber had planned on partnering with their counterparts in Stanley to create a dual car show spanning the weekend.

John and Lauren Cody of Cody’s Classic Cars had teamed with Thorp Chamber president Joe Smoczyk to create a large gathering of car enthusiasts who could remain in one area for two shows over two days. Thorp had scheduled for Saturday and Stanley took their traditional date for Sunday, Grandparents’ Day.

Advertising was going to be paired and the Dagmars (a/k/a String Cheese) band was going to be performing at both shows. Stanley Theater was going to have a special car-themed movie for participants, while also providing dinner. Theater owner Theresa Pries was also prepared to bring specialty popcorn for sale at both shows. Cravings, a food vendor from Medford, was scheduled to set up their service in downtown Thorp as local diners and bars—Thorp Dairy Bar, Sunup Saloon, Aroma Café, and Country Floral—remained open for car show attendees and participants.

Then the Codys were informed that the event’s insurance would not cover the event due to COVID-19. The Stanley Car Show was forced to cancel. Still, John and Lauren Cody came to the Thorp event to help park cars and they even brought a Cadillac Sedan DeVille to sell at the Car Corral.

Stanley Theater suffered equipment breakdown and was not going to have it up and running in time for the Saturday night movie event. That meant that the dinner was off, too. Still, Theresa Pries came to the Thorp Car Show and set up her tent for popcorn sales.

The Show Goes On

On Friday, the eve of the event, it was clear that rain was going to be a problem. The Dagmars said that, given shelter, they would still play. Cravings was more concerned about setting up their food trailer. Everyone promised to wait until 8 a.m. on Saturday.

The rain fell but it was more of a mist or drizzle than a downpour. So, the show went on. Cravings, however, decided that the rainy conditions might prove unsafe for patrons walking onto the trailer. At 7:55 a.m., they pulled the plug. Still, the Thorp cafes and diners stayed open and kept everyone fed. And Happy!

Out-of-towners raved about the breakfasts at Thorp Dairy Bar, the pizzas at Sunup Saloon, and the coffees and sandwiches from Aroma Café. They also enjoyed the music of the Dagmars who played under the awning of City Side Liquidators. The music kept going from noon until 4 p.m.

Greg Soweja from Withee’s S&S Collision was on hand to present the awards for winners in each category as well as three special awards. The award winners were as follows.

Best of the Best

Chad Brecke of the Dagmars continued the party with his solo gig at Kelly’s Grille in Stanley at 6 p.m. following the Car Show. 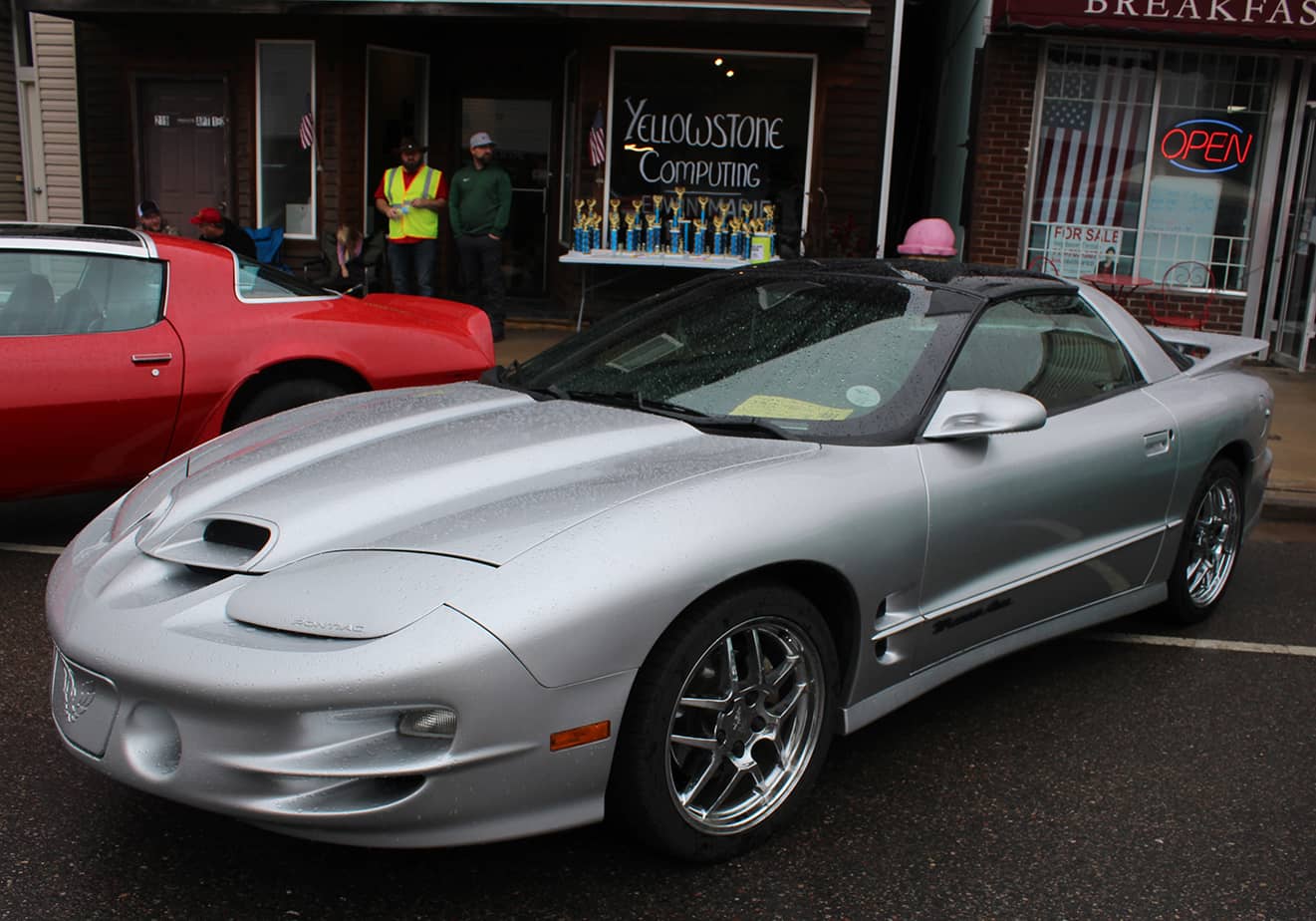 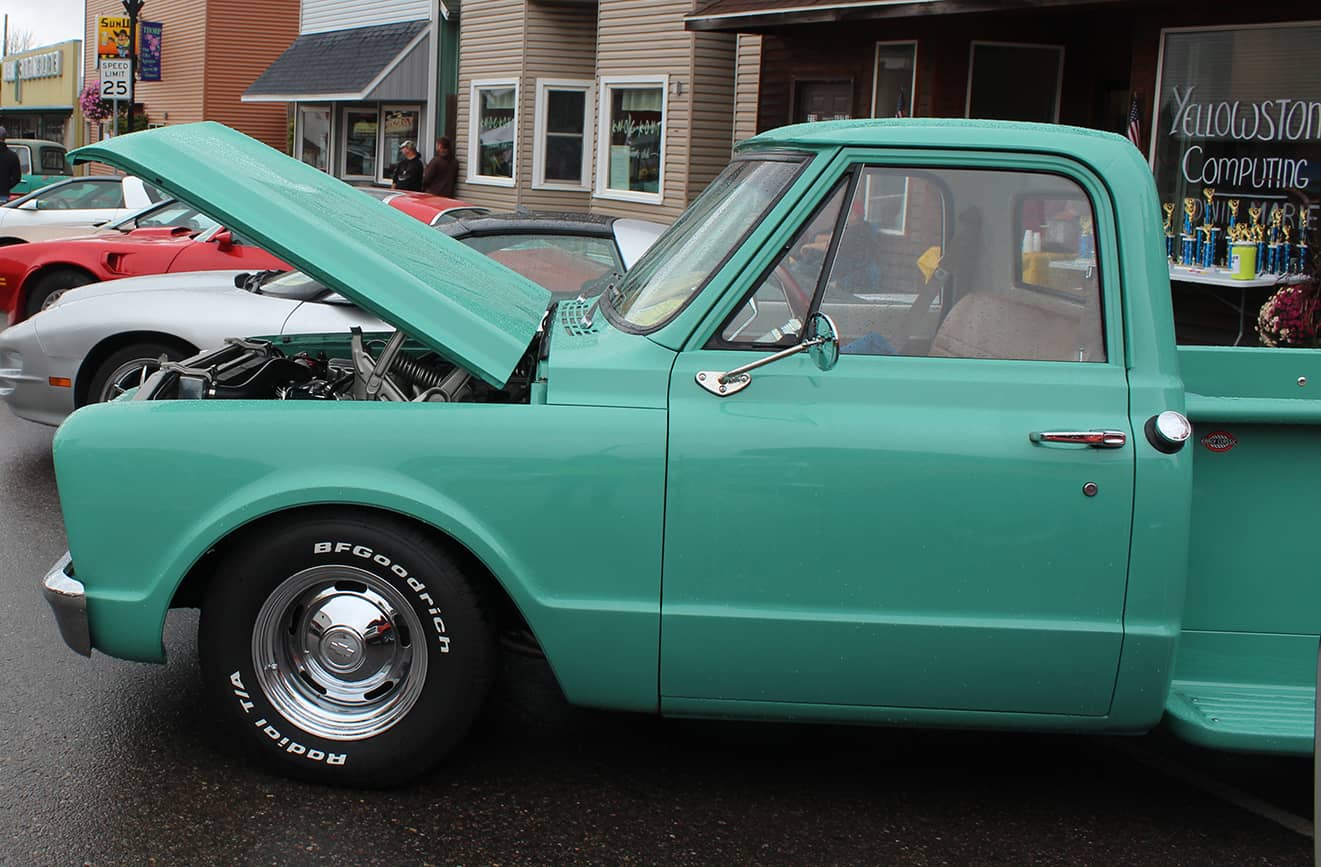 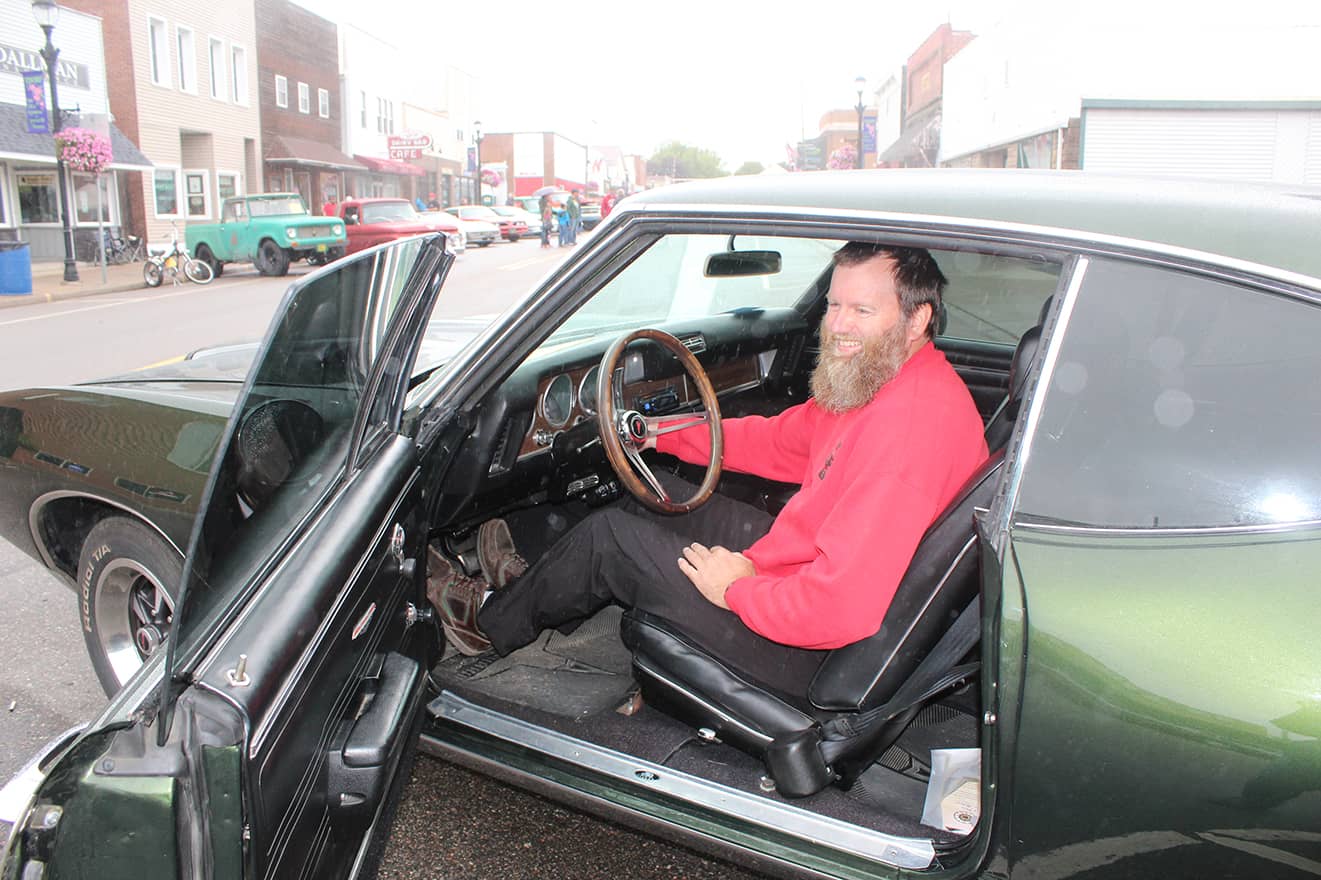 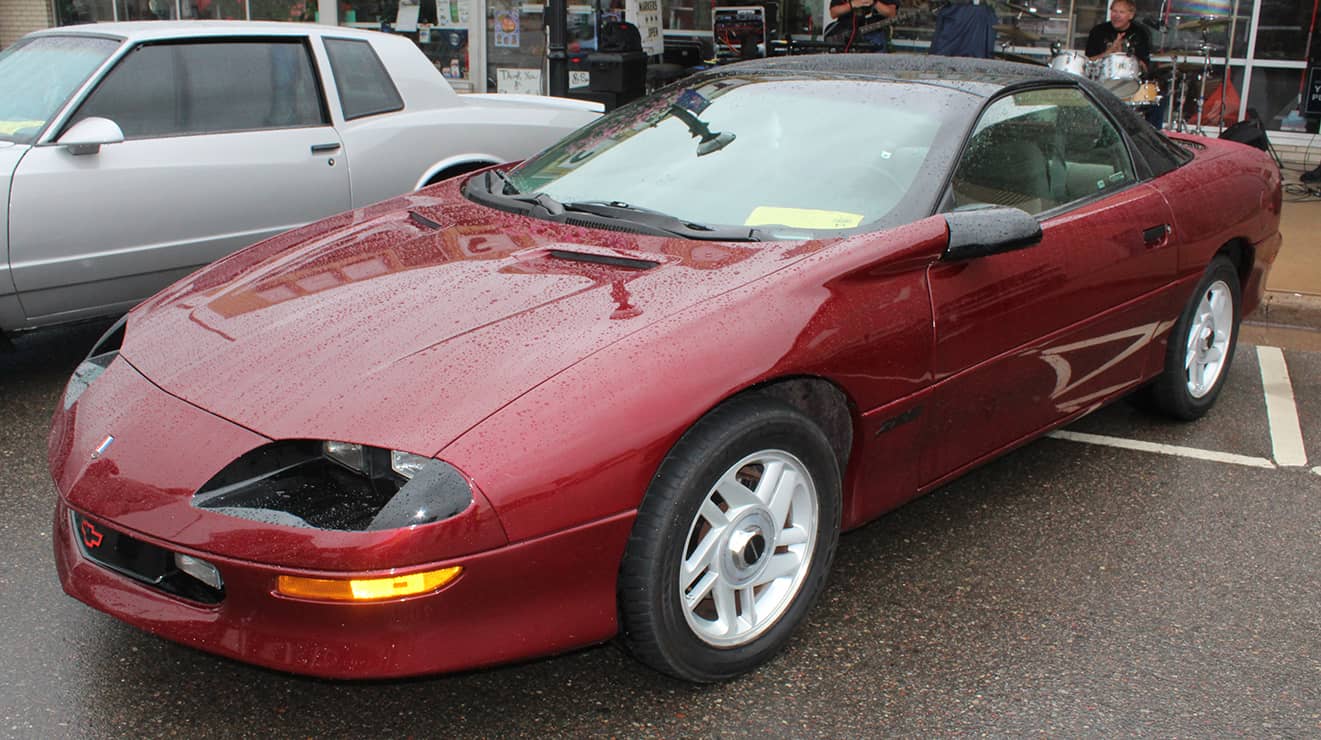 Doing a Little Sprucing Up